Was Director of European Human Rights Foundation a Paedophile?

Peter Ashman, who died earlier this year, has been described as a "lawyer and activist whose work on human rights helped lead to the decriminalisation of homosexuality across Europe." That's according to his obituary in the Guardian, a left-wing and heavily pro-LGBT newspaper. 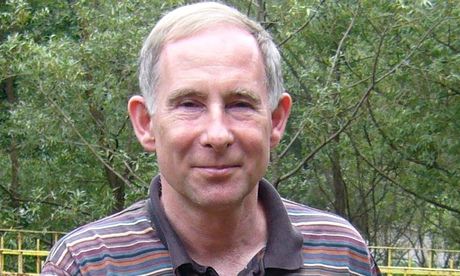 A more truthful account is that he was a fanatic who devoted his career to campaigning for legalized paedophilia.
Ashman started his activist career as a member of the Gay Liberation Front and the Campaign for Homosexual Equality, both of which included in their agenda the abolition of all ages of consent for sexual relations. Both organizations had many members in common with the notorious Paedophile Information Exchange, (PIE), which campaigned for the so-called "rights" of paedophiles to molest children of any age, even babies. Members of PIE have been convicted over and over again of serious child abuse offences, including assault, rape and making or distributing child pornography.  On September 25th 1976, Ashman wrote an angry letter to the Guardian newspaper complaining about the criticism of CHE for endorsing PIE and allowing it to campaign at its conference. Ashman demanded to see evidence that sex or deviant relations between adults and children had ever done any harm to anybody, and denounced those who disapproved of paedophilia for “prejudice, ignorance and bigotry”.

In 1978, Ashman "was contacted by the Dutch gay rights group, COC, to discuss setting up an international gay rights association. It was agreed to hold a meeting in the margins of CHE’s annual conference in Coventry in August 1978. Activists from 14 countries attended. The group split into two working parties, one to formulate the broad aims of the organisation, chaired by the late Janherman Veenker of the Netherlands, the other, chaired by Peter, to set out how it would work and develop a list of political actions. It was typical of his quiet effectiveness that his working party emerged at the end of the day with a workable operating structure, and an extensive and concrete list of actions. The latter included far-seeing campaigns that were to become the standard fare of international advocacy work for LGBT rights in the next decades".

What is does not admit is that COC is a paedophile group. COC NEDERLAND is a Dutch organization for LGBT men and women. COC originally stood for Cultuur en Ontspanningscentrum (Center for Culture and Leisure), which was intended as a “cover” name for its real purpose, which is to promote homosexuality and paedophilia. It is quite open about this and working with other homosexual organizations it has succeeded in getting the age of consent in the Netherlands lowered to 12. This makes it very difficult for police to take action against the child prostitution business that flourishes in Holland. COC gets public funding and is allowed to teach classes to children in schools, promoting homosexuality and encouraging underage sex.
COC has publicly stated: "The liberation of paedophilia must be viewed as a gay issue . . . [and that] ages of consent should therefore be abolished . . . by acknowledging the affinity between homosexuality and pedophilia, the COC has quite possible made it easier for homosexual adults to become more sensitive to the erotic desires of younger members of their sex, thereby broadening gay identity.”
In England, Ashman was one of the handful of homosexuals who set up Stonewall, the group that campaigned to lower the age of consent for male homosexuals from 21 to 16, and to legalize the active promotion of homosexuality in schools. The group is now targeting even the under-5s with its propaganda.
Ashman was one of the lawyers who set up the European Human Rights Foundation, under the auspices of the European Union. In 1992 he became its director, earning a colossal salary and persuading the EU to allocate tens of millions of euros to promoting the LGBT agenda even in countries whose own national parliaments opposed it, regarding it as against their religious belief and culture. Member states from Ireland to Croatia have been bribed or pressurized to adopt LGBT legislation, if they want to remain in the EU. The EHRF and its "gay" rights office even funds the lobbying of foreign nations not in the EU . It gives large subsidies to LGBT groups working all over the world to spread false propaganda while promoting vice and disease.
Ashman openly encouraged people to enter bogus marriages in order to get residency rights in the UK, and thought that this was justified if the purpose was to enable a foreign homosexual to evade immigration regulations. In one case he acted as "best man" for such a bogus wedding". In another case he helped a man called Robert Weeks abscond from an open prison and flee abroad. Ashman organized suitable documents for Weeks, who had a long list of convictions for burglary, assault, unlawful possession of firearms, and attacking hostel wardens with knives.
So Ashman's approach to being a lawyer was unorthodox. And it seems his private life was unorthodox too. For many years Ashman took regular holidays in Bankok, and rumour has it that he was attracted to the permissive lifestyle in Thailand where the availability of young boys is unrivalled. At the age of 57, Ashman suddenly acquired a civil partner, a pretty young man named Poramate Jitsopas, from Bangkok. 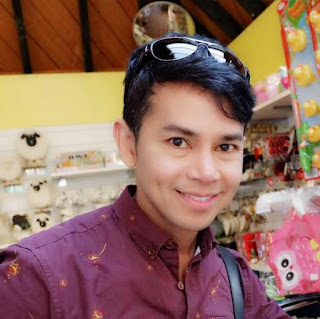 Poromate is about forty years younger than Ashman. Did the "human rights" lawyer practice what he preached? It certainly looks like it.

https://www.facebook.com/pjitsopas
Posted by Tony Aster at 11:46